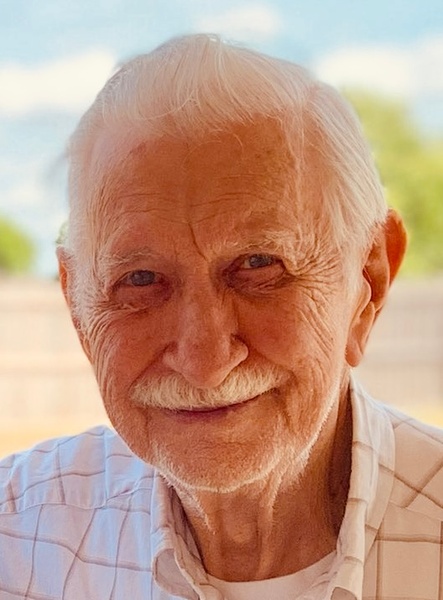 HEADLAND…On August 10, 2022, our beloved father, Alva Deane Sulgrove, 92, passed into the loving arms of his Savior Jesus Christ and his beautiful wife. He was born the only son of Leonard Raymond and Gladys Donzella (Young) Sulgrove on August 10, 1930 in Montgomery County, Missouri.

Deane married his dearest wife of sixty-three years, Ollie B Faulk, on September 8, 1952. He attended school in Wellsville, Missouri. He also completed many academic courses and military training courses.

Dad joined the United States Army Air Forces in 1947 as a seventeen-year-old and ended his career as an Air Force Chief Master Sergeant in 1968 at Richards-Gebaur AFB. From there he continued to serve his country and fellow servicemen as a Civil Servant working at the USMC Finance Division in Kansas City until his retirement in 1982.

Our parents spent decades, after retirement, traveling and seeing the United States in their travel trailers. Everywhere they went they built friendships and adventures. Their greatest delight, however, was how they loved, rejoiced, and shared their lives of faithful service with their Lord and Savior. And together they now walk those golden streets!

Chief A D Sulgrove spent his 92 years enriching the lives of everyone he met. He was a loyal friend and dedicated servant to his family, neighbors, and friends---all who knew him, cherished his life and spirit. His light will be greatly missed!

Funeral services will be provided by: Wright Funeral Home & Crematory in Headland, Alabama (private family service) and Cullen Funeral Home in Raymore, Missouri (public service). His interment, with full military honors, will be at the Missouri Veterans Cemetery in Higginsville, Missouri.

To order memorial trees or send flowers to the family in memory of Alva Deane Sulgrove, please visit our flower store.