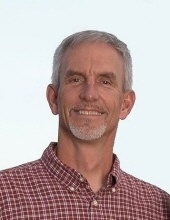 COLUMBIA, AL… Arnold D. Forrester, a resident of Columbia, Alabama, passed away Saturday, January 1, 2022, from injuries sustained in an automobile accident near Montgomery, Alabama. He was 55.

Funeral services will be 11:00 A.M. Saturday, January 15, 2022 at Calvary Baptist Church in Dothan, Alabama with Dr. Nash Wills officiating. Viewing for Arnie, will be from 10:00 until 11:00 A.M. prior to the service, at Calvary Baptist Church, without the family present. Following the service, family members who are able will informally receive visitors in the vestibule of the church. A private burial will be held at a later time at Ebenezer Baptist Church Cemetery in Columbia, Alabama.

In lieu of flowers, the family requests that donations be made to Wiregrass Hope Group (wiregrasshope.com) or Big Oak Ranch (bigoak.org)

Arnold (Arnie) Devin Forrester was born in San Juan, Puerto Rico, on August 10, 1966. He was raised on the family farm in Columbia, Alabama, with his constant companions and playmates—his twin sister, Amy, and younger sister, Starla. Arnie was a “lifer” at Emmanuel Christian School, attending all twelve years. He loved playing baseball and continued that sport at Wallace College. Arnie graduated from Auburn University in 1989 with a mechanical engineering degree.

After an often recounted five-week trip to Europe with his sisters, Arnie moved to Mobile to work with Scott Paper Company. While in Mobile, he received his MBA from the University of South Alabama, and much more importantly, met the love of his life, Lynn Murph Forrester who shared his delight in fishing on the bay and eating seafood. Arnie and Lynn had four children, Daniel, Faith, Reese, and Paige. In 1999, they moved back to Columbia, and Arnie became a respected partner in the family business, Forrester Farms, started Forrester Produce in partnership with Lynn, and was a deacon at Ebenezer Baptist Church where he also taught Sunday School for close to 20 years. He loved Jesus, he adored his wife, and he was enormously proud of his children and their paths. His face would light up as he told stories of their adventures and achievements.

Arnie is survived by his beloved wife, Lynn, and children, Daniel, Faith, Reese, and Paige, his parents, Ted and Betty Sue Forrester, his sisters, Amy (BJ) Mason and Starla (Steve) Shattler, and many nieces and nephews who adored their Uncle Arnie.

Our establishment DOES OWN AND OPERATE ITS OWN CREMATORY, so your loved one never has to leave our care.
To order memorial trees or send flowers to the family in memory of Arnold Devin Forrester, please visit our flower store.