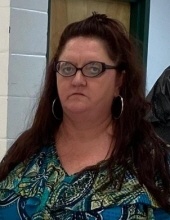 ABBEVILLE, AL… Barbara Williamson Shaw, a resident of Abbeville, Alabama, passed away early Sunday morning, July 10, 2022, at home. She was 49.

Ms. Shaw was born in Abbeville, Alabama to Shirley Eugene Williamson and the late Eloise Lomaneck Williamson. She attended Louisville High School. She had previously worked at West Point Pepperell and also as a correctional officer in Wewahitchka, Florida, before she became disabled. She was a member of the Calvary Assembly of God. She was an avid Alabama football fan. She was also a animal lover.

Along with her mother, she was also preceded in death by her brother, David Jay “D.J.” Williamson.

Our establishment DOES OWN AND OPERATE ITS OWN CREMATORY, so your loved one never has to leave our care.
To order memorial trees or send flowers to the family in memory of Barabara Williamson Shaw, please visit our flower store.