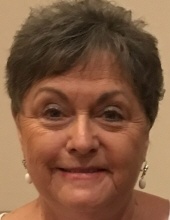 DOTHAN.…Barbara Jean Seay., a resident of Dothan, Alabama, passed away Friday evening, January 1, 2021, at a Dothan hospital. She was 75.

Ms. Seay was born in Rehobeth, Alabama to the late Woodrow Wilson Cobb and Margarette Reeves Cobb. She was a 1964 Graduate of Rehobeth High School. Shortly after graduation she moved to Enterprise, Alabama. She returned to Dothan, Alabama in 1980 and remained until now. She is retired from the Sony Corporation in Dothan, after 29 years. She is a member of the Bethel Baptist Church of Dothan.

Along with her parents she is also preceded in death by her husband, Dempsey Seay; and a grandson, Gavin Seay.

The family wishes to express a special thank you for the love and care that was shown by; Stacey Farris, April Kirkland, and Rachel Mullins during this difficult time.

Our establishment does own and operate its own crematory, so your loved one never has to leave our care.
To order memorial trees or send flowers to the family in memory of Barbara Jean Seay, please visit our flower store.