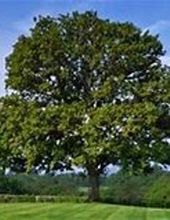 DOTHAN…Billy Ray Morris, a resident of Dothan, Alabama, passed away late Tuesday night, August 24, 2021, at Dothan hospital. He was 80.

Mr. Morris was born in Orlando, Florida o the late JD Morris and Falsy McCall Morris. He served his country in the U.S. Marine Corps. He was a painter by trade. He was a member of the Elks Club and VFW, both in Wintergarden, Florida. He was of Baptist Faith.

Along with his parents, he is also preceded in death by a daughter, Marsha Morris.

Our establishment DOES OWN AND OPERATE ITS OWN CREMATORY, so your loved one never has to leave our care.
To order memorial trees or send flowers to the family in memory of Billy Ray Morris, please visit our flower store.