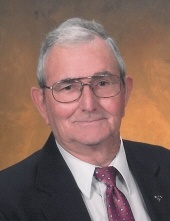 TUMBLETON.…Bobby Ray “Bob” Shelley, a resident of the Tumbleton Community of Henry County, Alabama, near Headland, passed away Monday morning, April 12, 2021, at Dothan hospital. He was 89.

Graveside services will be held 11:00 A.M., Thursday, April 15, 2021, at New Zion Free Will Baptist Church Cemetery with Reverend Joey Pettis officiating. The family will receive friends from 10:00 until 11:00 A.M. in the church sanctuary. Wright Funeral Home & Crematory is in charge of the arrangements.

In lieu of flowers, contributions may be made to the New Zion Free Will Baptist Church, 9716 County Road 99, Headland, Alabama 36345.

Mr. Shelley was born on June 19, 1931, to the late Adie Shelley and Cora Stephenson Shelley. He graduated as the valedictorian of the Headland High School Class of 1949. After graduation, he joined the U.S. Air Force as a motor pool mechanic. It was during the Korean War, that he was stationed in Wales, when he met his bride, Elizabeth Rosemary Shelley. He was an active member of New Zion Free Will Baptist Church. He was one of the owners/operators of Shelley’s Garage.

Our establishment does own and operate its own crematory, so your loved one never has to leave our care.
To order memorial trees or send flowers to the family in memory of Bobby "Bob" Ray Shelley, please visit our flower store.