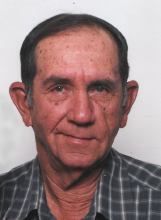 HEADLAND.Bobby Earl Adkins, a resident of Headland, passed away Tuesday morning, December 24, 2019 at home. He was 78.

In lieu of flowers the family request contributions be made in Bobbys honor to; Kindred Hospice, 2740 Headland Avenue Dothan, Alabama 36303.

Mr. Adkins was born in Henry County, Alabama to the late R.O. Adkins and Ludie Mayie Byrd Adkins and resided there his whole lifetime. Bobby was a welder by trade and retired from Golden Peanut, formerly DOMCO as a warehouse foreman. He was also preceded in death by his wife Charlotte Adkins, and a son, John Russell Adkins.

Leaving to cherish his memories are his son, Jimmy Rex Adkins (Kimberly) of Headland; his grandsons, Jeremy Adkins (Brittany), Joshua Andrew Gray, and Jonathan Alan Gray, all of Headland; a sister, Lyvonne Adkins Hunt, of Headland; a brother, Mackie Adkins (Gloria), of Headland; his grandchildren, Hazel Cunningham, Skylar Smith, Bryson Adkins, and Hadleigh Adkins; and his companion, Sarah Jones, who gave her loving care and compassionate love to him, especially through his battle with cancer.

celebrating a life one family at a time
To order memorial trees or send flowers to the family in memory of Bobby Earl Adkins, please visit our flower store.