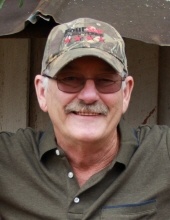 HEADLAND.… Bobby “Glenn” Wilkerson, a resident of Headland, passed away Thursday afternoon, June 4, 2020, at his home after a brief illness. He was 67.
Funeral services will be held 2:00 P.M. Sunday, June 7, 2020 in the Wright Funeral Home & Crematory Chapel with Reverend Jean Spikes and Reverend Norman C. Simmons officiating. Burial will follow in the Blackwood Cemetery with Pastor Bill Smith officiating. Wright Funeral Home & Crematory is in charge of arrangements. The family will receive friends from 1:00 until 2:00 P.M. Sunday before the service.
Mr. Wilkerson was born in Swainsboro, Georgia, son of the late James W. Wilkerson and Augustine Williams Norris. He married his “Baby” in 1972 and served his country in the United States Air Force from 1972-1976 during the Vietnam War era. After completing his time of service, he relocated to Headland, AL with his family and attended Wallace Community College receiving several certificates. Glenn enjoyed traveling the country for many years as a commercial welder and pipefitter until he made the decision to pursue a profession closer to home as a local truck driver until his retirement in 2017. He had a passion and undeniable talent for restoring classic cars. He also enjoyed spending time outdoors, especially fishing and hunting, and was a member of the West Fork Hunting Club. Glenn enjoyed watching Alabama football and Western Movies.
Mr. Wilkerson was preceded in death by his parents; his brothers, Tolly and Donnie Wilkerson; his sisters, Judy Powell and Fran Deal; his mother and father-in-law, Jack and Jeanette Spikes; and brother-in-law, Donny Spikes.
Leaving to cherish his memories are his wife, Terri Spikes Wilkerson; his daughter, Brittney Wilkerson; his son, Tony Wilkerson (Sheri); his grandsons, Kalub Wilkerson and Ethyn Wilkerson; his sister, Vicki Riner (Jonathan); his
sisters-in-law, Dee Spikes and Rhonda Wilkerson; several aunts including two that were special to him, Jean and Opal Spikes; numerous nieces, nephews and cousins; and a special feline friend, Hootie.
Serving as active pallbearers will be Kalub Wilkerson, Ethyn Wilkerson, Travis Evans, Nicholas Evans, Tee Riner, Trey Powell, Cody Riner and Cassidy Johnson.


WRIGHT FUNERAL HOME & CREMATORY
Phone 334-693-CARE (2273).
www.wrightfuneralhomeandcrematory.com
…celebrating a life one family at a time…
To order memorial trees or send flowers to the family in memory of Bobby Glenn Wilkerson, please visit our flower store.