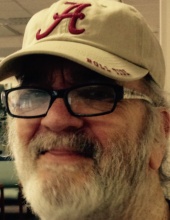 The immediate family will have a Celebration of Life service at a later date.

Mr. Messer was born December 25, 1944, to the late John Louie Messer, Sr. and Blanch Douglas Messer in Headland, Alabama. He was 1962 graduate of Headland High School. He had lived in the Madrid / Slocomb area for the past thirty-three years. Before that he lived in the Tumbleton Community of Henry County. He was employed as a commercial and residential painter. He served in the Army reserves for a number of years. Mr. Messer was a member of Hebron Baptist Church.

In addition to his parents, he was preceded in death by a sister, Francis Kirkland; his brothers, John Louie Messer, Jr, Billy Messer, and Eugene Messer; and a special niece, Diane Kirkland.

Surviving relatives include his son, Bobby Joe Messer, Jr.; his daughters, Deborah Beech (Tim), Melisa Haden, and Glenda Spann; the mother of his children, Brenda Robinson; a sister Penny Gasalberti; a host of grandchildren; a host great-grandchildren; a special nephew, Douglas Gasalberti (Diane); a special niece, Candice Nguyen (Tim); his several other nieces and nephews; numerous other friends and loved ones.

The family wishes to thank you for your prayers for our family during this time.

Our establishment DOES OWN AND OPERATE ITS OWN CREMATORY, so your loved one never has to leave our care.
To order memorial trees or send flowers to the family in memory of Bobby Joe Messer, please visit our flower store.