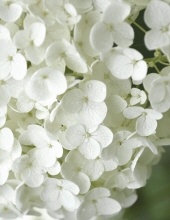 Botney Sue Sommerset Crew, age 65, passed away January 8, 2022, in Tift County Georgia Area Hospital after a lengthy illness. She was born in Dale County to Jennie Lou Sommerset on July 2, 1956.

She attended Echo Junior High School. Her mother remarried Wesley Crew and they moved to Ozark as he was stationed in the Army at Ft. Rucker. From there they were stationed in Wisconsin where Mr. Crew legally adopted her. From there they were stationed in Germany, returned to Ft. McClellan, and following that to Ft. Campbell, KY. She returned to Echo for a time before she moved to Hilton, GA to live with her uncle, Norman Smothers. She later moved to Tifton, GA to live with her son.

Botney spent most of her life in the restaurant business before she became disabled. She had a love for singing gospel music and was a member of Camp Springs Baptist Church, Columbia where she was active in the music program prior to moving to Tifton. She loved her Lord and tried to live and serve through her music.

She is survived by her daughter, Tasha Nicole Cook; her son Geoffrey Scott Crew (Janice); her uncle Norman Smothers; one sister, Terria Crew Mason (Jeffrey); and several nieces and nephews

Our establishment DOES OWN AND OPERATE ITS OWN CREMATORY, so your loved one never has to leave our care.
To order memorial trees or send flowers to the family in memory of Botney Sue Crew, please visit our flower store.