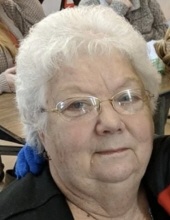 HEADLAND, AL… Carolyn N. Ard, a resident of Headland, Alabama, passed away Tuesday morning, July 19, 2022, at a Dothan hospital. She was 78.

Mrs. Ard was born in Houston County, Alabama to the late John William Starling and Willie B. Goodson Starling. She was a 1962 graduate of Wicksburg High School. She lived in the Dothan, Alabama and Kinsey, Alabama areas before moving to the Headland, Alabama area in 1986. She and her late husband, John T. Ard, owned and operated John T. Ard Plumbing & Electric Service. She loved to fish and read cookbooks. She was a member of the Bethlehem Baptist Church of Headland.

WRIGHT FUNERAL HOME & CREMATORY
Phone 334-6WE-CARE (693-2273)
www.wrightfuneralhomeandcrematory.com
…Celebrating a life, one family at a time…
Our establishment DOES OWN AND OPERATE ITS OWN CREMATORY, so your loved one never has to leave our care.
To order memorial trees or send flowers to the family in memory of Carolyn N. Ard, please visit our flower store.