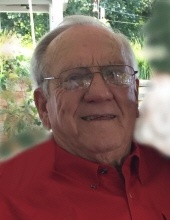 Funeral services will be held 3:00 P.M. Thursday May 19, 2022, at Wright Funeral Home and Crematory Chapel with Reverend Sam Frank White officiating and Harold Rushing giving a eulogy. The family will receive friends from 2:00 until 3:00 P.M. prior to the service. Burial will follow in the Garden of Memories Cemetery. Wright Funeral Home & Crematory is in charge of the arrangements.

Mr. McNeal was born in Pansey, Alabama to the late James Arthur McNeal and Clara Mae Worels McNeal. He was a 1955 graduate of Ashford High School, where he was an outstanding football player. After high school, he continued his football career playing with the Dothan semi-professional team in the late 1950’s. He was employed as a salesman for seven years with Solomon Chevrolet. Later, he worked at Southeast Alabama Medical Center for over twenty years until his retirement. He was an active member of the Masonic Lodge. He also enjoyed working in his yard, cutting grass and spending time around his fishpond. Mr. McNeal was a member of First Baptist Church - Headland.

In addition to his parents, he was preceded in death by his sons, Alan McNeal and Chucky McNeal; his grandson, David “Cricket” McNeal; his brother, Billy McNeal; his sisters, Helen Jarvis, Eddie Bea Henderson and Dorothy Holmes.

Our establishment DOES OWN AND OPERATE ITS OWN CREMATORY, so your loved one never has to leave our care.
To order memorial trees or send flowers to the family in memory of Charles James McNeal, please visit our flower store.