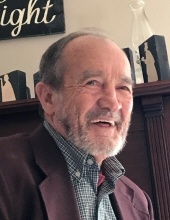 CHARLEY WAYNE SHADELL
ABBEVILLE, AL.…Charley Wayne Shadell, a resident of Abbeville, AL, passed away Sunday morning, July 26, 2020, at his home. He was 76.
Funeral services will be held at 10:30 A.M. Thursday, July 30, 2020, at Judson Baptist Church with Reverend Brandon Turner officiating. Burial will follow in the church cemetery. The family will receive friends from 9:30 until 10:30 A.M. before the service. Wright Funeral Home & Crematory is in charge of the arrangements.
Mr. Shadell was born in Mayflower, Arkansas to the late Charles Fletcher Shadell and Melissa Green Shadell Sturgeon. He served his country in the U.S. Army, where he completed two tours of duty in the Vietnam War. Wayne moved to the Abbeville area in 1986. He worked various jobs including construction at Farley Nuclear Plant and small engine repair. He was a member of the Judson Baptist Church. He was known for helping others and always putting others before himself.
Along with his parents, he was preceded in death by his wife, Janet Shadell; and a sister, Fran Shadell Sullivan.
Leaving to cherish his memories are his son, Wayne Shadell (Tracy) of Headland, a sister Tamra Gentry of Mayflower, AR; a brother, David Frizzell (Sheila) of Conway, AR; his granddaughters, Hayden Shadell of Headland, Katie Shadell of Auburn, AL, and Aubrey Shadell of Headland; also several nieces, nephews, and cousins that he loved so much.
Serving as pallbearers will be Chris Jones, Chris Turner, Jason Turner, Marcus Turner, Dylan Culp and James Tucker.
WRIGHT FUNERAL HOME & CREMATORY
Phone 334-693-CARE (2273)
www.wrightfuneralhomeandcrematory.com
…celebrating a life one family at a time…
Our establishment does own and operate its own crematory, so your loved one never has to leave our care.
To order memorial trees or send flowers to the family in memory of Charley Wayne Shadell, please visit our flower store.