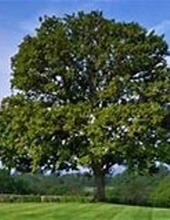 Mr. Howard was born in Dothan, Alabama to the late Clarence Clifford Howard, Sr. and Jane Gay Smith Howard. He attended Dothan High School. He was an aviation painter by trade. He loved shooting pool. He also was an avid drag bike enthusiast. He was a member of Harvest Church of Dothan.

Along with his parents, he was also preceded in death by his sisters, Debbie McDowell and Deanna Stevens.

Survivors include his son, Cliff Howard (Jamie) of Headland, AL; his brother, Joe Howard; his grandson, Sadler Howard; and several nieces and nephews.

Our establishment DOES OWN AND OPERATE ITS OWN CREMATORY, so your loved one never has to leave our care.
To order memorial trees or send flowers to the family in memory of Clarence Clifford Howard, please visit our flower store.