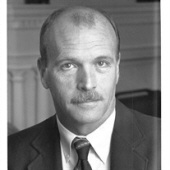 Claud Christopher "Chris" Bence, Jr., a former resident of Abbeville, went to be with his Lord on August 17, 2019 after a brief battle with cancer. He was 72.

A private graveside service was held at 2:00 P.M. on Friday, October 11, 2019, at Abbeville Memorial Cemetery with the former State of Alabama Attorney General Troy King and Morey Wilson giving eulogies. Wright Funeral Home & Cremations was in charge of arrangements.

Born to Claud C. Bence and Julia Blalock on April 15, 1947, he spent his younger years in Abbeville, where he was a 1965 graduate of Abbeville High. Chris had a love of radio and even as a teen, became a DJ at the Abbeville radio station. Chriss career was varied and notable as the voice of several radio stations, but he found his true passion building the powerful FM 95 WTVY in the 70s and 80s as a DJ, programmer and General Manager. Some will also remember Chris as a weatherman on WTVY-TV and a co-host on the Morning Show. Politics came calling and he had the privilege of serving Governor Fob James in two terms. During the first term Chris served as Press Secretary and in the second term as Executive Liaison. Chris also served as Chief of Staff to Attorney General Troy King during this term.

After retirement, Chris and his wife, Charlene, traveled extensively; having completed their goal of hitting the road and not just visiting, but exploring all 48 contiguous states and Canada. A move to Lookout Mountain in Mentone, Alabama in 2017 allowed the beauty of nature to refresh them in between trips.