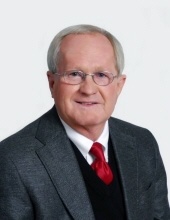 HEADLAND…Wayne Chancey, died Friday at his home at 104 Brenda Avenue, Headland, Alabama. He was 78.

Funeral services will be held 2:00 P.M. Tuesday, March 22,2022, at the First Baptist Church, Headland, with Rev. Eddie Colley, and Dr. Cecil M. Sanders, Jr., officiating. Burial will follow in the Haleburg Baptist Cemetery. The family will receive visitors on Monday from 5:00 until 7:00 P.M. at Wright Funeral Home & Crematory. Wright Funeral Home & Crematory is in charge of the arrangements.

In lieu of flowers, memorial donations may be made to the charity of your choice.

Our establishment DOES OWN AND OPERATE ITS OWN CREMATORY, so your loved one never has to leave our care.
To order memorial trees or send flowers to the family in memory of David Wayne Chancey, please visit our flower store.