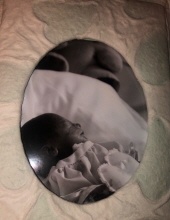 HEADLAND, AL.…Demetri Jayden Campbell-Kinsey, a child that was with us only a few short hours, passed away Tuesday, September 22, 2020, at University of Alabama – Birmingham Hospital.

Demetri was born Tuesday at UAB Hospital in the NICU unit, along with his twin brother, Cassius. He fought so hard to stay here on earth to be with his brother, but he got a glimpse of Jesus. Jesus put him on his lap and hugged him and told him he would take care of his family on earth. Told him about his wings he would gain and would be able to fly and keep an eye on his brother and family. He knew this was a better place and hugged Jesus.

Our establishment does own and operate its own crematory, so your loved one never has to leave our care.
To order memorial trees or send flowers to the family in memory of Demetri Jayden Campbell-Kinsey, please visit our flower store.