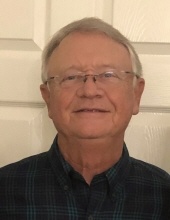 HEADLAND.…Don F. McClendon, a resident of Headland, Alabama, passed away Sunday evening, February 7, 2021, at a Dothan hospital. He was 76.

Funeral services will be held at 11:00 A.M. Thursday, February 11, 2021, in the Worship Center of the First Baptist Church of Headland, with Dr. Cecil M. Sanders, Jr. and Reverend Tim McCraney officiating. Covid-19 and social distancing guidelines will be strongly enforced. Burial will follow in the Headland Baptist Cemetery. The family will receive friends from 9:30 until 11:00 A.M. prior to the service, in the Worship Center. The family wishes are for no contact, verbal condolences only, during the visitation. Wright Funeral Home & Crematory is in charge of the arrangements.

In lieu of flowers, the family requests that contributions be made to First Baptist Church Cemetery Fund; 301 East Church Street, Headland, Alabama 36345.

Mr. McClendon, son of the late Carl and Grace McClendon, was born in the Tumbleton area, moving to Headland at early age. He was a 1963 graduate of Headland High School, serving as class president. While in high school, he played football, basketball and baseball. He was a 1968 graduate of Auburn University, receiving a BS degree in Pharmacy. Upon graduation, he worked as a pharmacist from 1968-1980. In 1980 he joined the Headland National Bank and was a 1985 graduate of the Alabama School of Banking. He worked with Headland National Bank for 30 years, retiring in January 2010 holding the title of Executive Vice-President and Vice-Chairman of the Headland National Bank Board of Directors. In 2013 he was elected Chairman of the Board, a title he held until his death. Mr. McClendon also worked part time with his mother, in the Headland Jewelry Company for approximately 20 years. He also served as Vice-President on the Board of Directors of Espy Mercantile Company.

Mr. McClendon was an active member of the Headland Lions Club, serving as president on three different occasions, as well as other offices during his 32 years of membership. In 2010 he was presented the Melvin Jones Fellow, Lions International’s highest award.

Mr. McClendon was a longtime member of the First Baptist Church of Headland. He served as deacon many times through the years, as well as holding several Sunday School teaching positions. He also served as First Baptist Church Treasurer from 1988 until the time of his death. He currently was a member of the FBC Men’s Sunday School Class. In September of 2015 he attended the Bethlehem Walk to Emmaus where he sat at the table of Peter. He continued his involvement with the Emmaus Walk until the time of his death.
In earlier years Mr. McClendon was involved in raising cattle and served as president of the Henry County Cattlemen. He also coached Dixie Youth baseball and Pee-Wee football. He was involved in the Headland Athletic Association. He served on the Headland Chamber of Commerce Board of Directors. He served as chairman of the Headland Airport Authority for several years.

Mr. McClendon (called Don Don by his Grands) loved his family. In 1967 he married Marilyn Espy and they were married for 45 wonderful years, until her death in 2012. They enjoyed traveling and spending time with their two children and six Grands. They vacationed in Hilton Head, SC for 25 consecutive years, making many lifelong memories.

Along with his parents and his wife, Don was also preceded in death by his sister-in-law, Mila Woods; and his brothers-in-law, Mark Espy, Major Watt Espy, Jr. and Gary Lewis.

Our establishment does own and operate its own crematory, so your loved one never has to leave our care.
To order memorial trees or send flowers to the family in memory of Don F. McClendon, please visit our flower store.