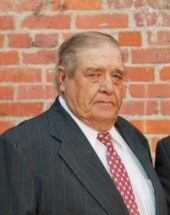 NEWVILLE Mr. Donald E. Whigham, a resident of Newville, died early Wednesday morning, September 18, 2019, at his home after an extended illness. He was 72.

Funeral services will be held at 11:00 A.M. on Friday, September 20th at Newville Baptist Church, with Reverend Norman C Simmons officiating. Burial will follow in the Union Springs Baptist Church Cemetery, near Newville, with Reverend Don Adams officiating. Wright Funeral Home & Crematory is in charge of funeral arrangements. The family will receive friends from 10:00 A.M. until 11:00 A.M. before the service.

Donald was born in Daleville to the late Daniel E. Whigham and Blondell Blackmon Whigham, raised in Newton and lived in the Headland / Newville area most of his life. He served in the U.S. Army during the Vietnam War and was a member of the 129th Assault Helicopter Company. He was engaged in farming and retired as a helicopter mechanic from Fort Rucker. He had many hobbies but his favorite pastime was restoring antique tractors and tinkering with machinery. Don was preceded in death by his wife of 48 years, Patty Hodges Whigham and a son Danny Whigham.

celebrating a life one family at a time
To order memorial trees or send flowers to the family in memory of Donald E. Whigham, please visit our flower store.