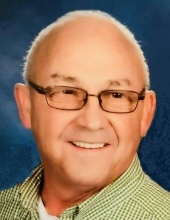 HEADLAND, AL… Doyle Wright, a resident of Headland, Alabama, passed away Monday afternoon, April 4, 2022, at his home. He was 69.

Funeral services will be held 2:00 P.M. Thursday, April 7, 2022, at Wright Funeral Home & Crematory Chapel with Dr. Cecil M. Sanders, Jr. officiating. A eulogy will be given by his special nephew, Wayne Parmer. Burial will follow in the Gardens of Memory Cemetery. The family will receive friends from 5:00 until 7:00 P.M. Wednesday evening, April 6, 2022 at Wright Funeral Home & Crematory.

Flowers will be accepted or contributions may be made to the Headland Youth Recreational Department, in care of the City Clerk, 25 Grove Street, Headland, Alabama 36345.

Mr. Wright was born in Midland City, Alabama to the late David Andrew Wright and Nettie Lou Sims Wright. He attended Dale County High School. Doyle worked as a route salesman for many years with Dairy Fresh, Bordens, and Flav-O-Rich. He retired as a route salesman with Flowers Baking Company. He had a work ethic like no other man that you have ever met. He coached for over twenty-five years in the youth leagues of Headland, and gained many sons because of his kind and compassionate heart. Doyle met no strangers and left a good memory and smile with every person he came in contact with. He loved his family and especially his grandchildren that he nicknamed Catfish (boys) and Sally (girls). He was very quiet and humble man. He was a selfless man and would give you anything he had, if he knew you needed it. Doyle was a member of First Baptist Church – Headland. He was an avid Alabama fan and could coach with the best, from his recliner.

Along with his parents, he was also preceded in death by his brothers, Andrew Denver “Demp” Wright, David Lavon “Beck” Wright, and Richard Darrell Wright.

The family wishes to extend a gratitude of thanks to Dr. Carlos S. Clark, II, Dr. Jarrod B. Adkinson, Dr. Scott McAllister, and their office staffs for the compassionate care given to Doyle in this past year.

To order memorial trees or send flowers to the family in memory of Doyle Lee Wright, please visit our flower store.