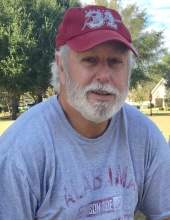 ED POOLE
DOTHAN.…Ed Poole, a resident of Dothan, passed away early Wednesday Morning, July 1, 2020, at a Dothan hospital. He was 69.
Funeral services will be at 3:00 P.M. Sunday July 5, 2020, in the Wright Funeral Home & Crematory Chapel with Father Patrick Gallagher officiating over the funeral liturgy. The family will receive friends from 2:00 until 3:00 P.M. Sunday before the service. A private burial will be held at 11:30 A.M. (C.S.T.) Monday, July 6, 2020 at the Ft. Mitchell National Cemetery with Military Honors. Wright Funeral Home & Crematory will be in charge of arrangements.
In lieu of flowers, the family has requested contributions be made in Ed’s honor to: The University of Texas MD Anderson Cancer Center; 1515 Holcombe Blvd Houston, TX 77030.
Ed was born in Columbus, GA to the late Edmon Sikes Poole and Margaret B. Fleming Poole. He lived the early years of his life in Columbus, where he was a 1969 graduate of Pacelli High School. A few years after marrying his wife of 49 years, Phyllis Guillory Poole, he joined the U.S. Navy, for 6 years, where he served as a nuclear machinist mate on the USS Sunfish. After his service in the U.S. Navy he moved to Dothan in 1981 and went to work at Joseph M. Farley Nuclear Plant as a systems operator. After attending license class, he received his senior reactor operator license under the NRC. He served as shift foreman in operations and eventually transferred to maintenance where he worked as maintenance supervisor for the plant. One of the things he was most proud of was supervising and leading the initial dry cask team at Farley. Working at Farley was an important part of Ed’s life, and he even returned as a contractor after his retirement in 2008 to assist and supervise various maintenance projects at the plant.
Ed was an avid Alabama football fan and could always be heard saying “Roll Tide!” The only thing that his love for Alabama football came second to was the love he had for his family, especially his 8 grandchildren. Ed was put on this earth to be a granddaddy, and he was the best. He loved attending their school programs and sporting events and spending time with them fishing or just hanging out.
He was a member of the St. Columba Catholic Church.
Along with his parents, he was also preceded in death by a sister, Nora Ann Poole.
Leaving to cherish his memories are his wife, Phyllis Guillory Poole; his daughters, Julie Boles (Matt) of Orange Beach, AL, Jamie Smith (Don) of Dothan, AL, Lisa Alexander (Jason) of Birmingham, AL; his sister, Cathy Williams of Cataula, GA; his brothers, Martin T. Poole of Columbus, GA, and James A. Poole of Coon Rapids, MN; his grandchildren, Henry Boles, Maggie Boles, Jake Smith, Nicholas Alexander, Scout Smith, Audrey Boles, Cole Smith, and Nolan Alexander.
WRIGHT FUNERAL HOME & CREMATORY
Phone 334-693-CARE (2273)
www.wrightfuneralhomeandcrematory.com
…celebrating a life one family at a time…
Our establishment does own and operate its own crematory, so your loved one never has to leave our care.
To order memorial trees or send flowers to the family in memory of Ed Poole, please visit our flower store.