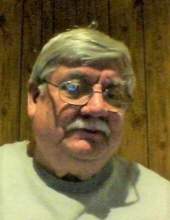 ABBEVILLE…Edward Franklin Honn, Jr., a resident of Abbeville, Alabama, passed away late Sunday night, May 30, 2021, at his home. He was 77.

Mr. Honn was born in Camden, New Jersey to the late Edward Franklin Honn, Sr. and Rena Elizabeth Honn. He lived most of his life in Maple Shade, New Jersey, before retiring to Abbeville, Alabama eight years ago. He served his country in the U.S. Navy during the Vietnam War. He was very active in the Veterans of Foreign Wars of the United States, VFW Post 2445, in Maple Shade, New Jersey, where he was 2nd in charge. He retired eight years ago as a dispatcher for a trucking company and also a bus driver for a charter school in Philadelphia. One of his favorite things to do, was to chat in Andy’s Tin Man Chat Group, where he chatted daily, with a close group, from all across the United States.

Along with his parents, he was also preceded in death by a step-daughter, Veronica Ormsby; and his sisters, Rena, Catherine, and Elaine.

Our establishment does own and operate its own crematory, so your loved one never has to leave our care.
To order memorial trees or send flowers to the family in memory of Edward Franklin Honn, please visit our flower store.