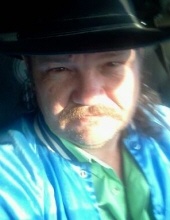 
ASHFORD, AL… Edward Lee Walls, a resident of the Lovetown Community, near Ashford, Alabama, passed away Monday evening, December 13, 2021, at a Dothan hospital. He was 48.

Graveside services will be held 3:00 P.M. Friday December 17, 2021, at Gardens of Memory Cemetery in Headland, Alabama with Scooter McCain speaking. The family will receive friends from 2:00 P.M- 2:45 P.M. at Wright Funeral Home and Crematory Chapel in Headland.

Mr. Walls was born in Dothan, Alabama on August 15, 1973, to Charlotte Johnson Butler and the late Oscar Walls. He has lived in Ashford his whole life. He worked as a heavy equipment hauler and operator.

In addition to his father, he was preceded in death by Oscar Wayne Walls, Roger Dale Walls, and Donnie Mitchell Walls.


WRIGHT FUNERAL HOME & CREMATORY
Phone 334-6WE-CARE (693-2273)
www.wrightfuneralhomeandcrematory.com
…Celebrating a life, one family at a time…
Our establishment DOES OWN AND OPERATE ITS OWN CREMATORY, so your loved one never has to leave our care.
To order memorial trees or send flowers to the family in memory of Edward Lee Walls, please visit our flower store.