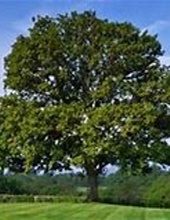 DOTHAN, AL… Elzie Prevatt, a resident of Perry, Florida passed away Wednesday March 03, 2022, at his daughter’s home in Dothan, Alabama. He was 86.

Memorial services will be held at a later date.

Mr. Prevatt was born December 27, 1935, in Davenport, Florida to the late Earl Prevatt and Stella Cox Prevatt. He was employed many years as a Property Services Manager for Avatar. He served his country as a United States Marine from 1954 until 1957. Mr. Prevatt was a member of K-Ville Baptist Church. In his spare time, he loved hunting, fishing and being outdoors.
In addition to his parents, he was preceded in death by his wives, Sybil Prevatt, Elsie Prevatt, and Pat Prevatt; a son, Russell Prevatt; a daughter, Virginia O’Neill; and his brothers, Ronald Prevatt, Frank Prevatt, Jerry Prevatt, and Paul Prevatt; his sisters Alene Starnes and Doris Griggs.

Our establishment DOES OWN AND OPERATE ITS OWN CREMATORY, so your loved one never has to leave our care.
To order memorial trees or send flowers to the family in memory of Elzie Prevatt, please visit our flower store.