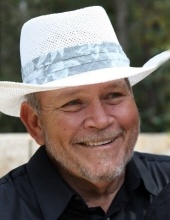 DOTHAN.…Henry H. “Hank” Johnson, a resident of Dothan, Alabama, passed away Thursday afternoon, April 1, 2021, at Flowers Hospital. He was 70.

Hank was born in Houston County, Alabama to the late Jesse Edward Johnson and Henrietta Hasty Johnson. He was a lifetime resident of the Tolbert Community of Newville, AL until he moved to Dothan, AL fourteen years ago. Hank retired from his second family, Tri-Delta Systems, of Abbeville, a year ago. He was a member of Harvest Church in Dothan, AL. He served his country in the National Guard for seven years. He was also a member and one of the founders of the Headland Skeet & Gun Club. Hank had a love for HAM Radio and also had a passion of working and rebuilding computers.

Along with his parents he was also preceded in death by his first wife Janet Johnson; a son, Nicholas Adam Johnson; and a grandson, Jarrett Hutto.

Our establishment does own and operate its own crematory, so your loved one never has to leave our care.
To order memorial trees or send flowers to the family in memory of Henry H. "Hank" Johnson, please visit our flower store.