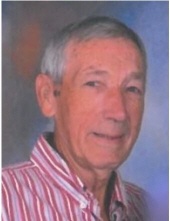 
ABBEVILLE.…Henry Harrison, Sr., a resident of Abbeville, Alabama, passed away Wednesday afternoon, March 31, 2021, at Flowers Hospital in Dothan. He was 78.

A Celebration of Life service will be held 11:00 A.M. on Saturday, April 17, 2021, at Liberty United Methodist Church in Abbeville, Alabama, with Reverends Ray and Dianne Kelly officiating. The family will receive friends one hour prior to the service. Wright Funeral Home & Crematory is in charge of arrangements.

Along with his parents, Henry is preceded in death by a sister, Georgia Cannady and a brother, Fred Harrison.

Our establishment does own and operate its own crematory, so your loved one never has to leave our care.
To order memorial trees or send flowers to the family in memory of Henry Harrison, Sr, please visit our flower store.