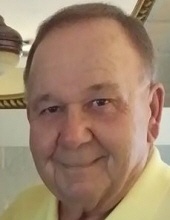 HEADLAND.…Jack Adrion “Jackie” Starling, Jr., a resident of Headland, Alabama, passed away Tuesday afternoon, January 19, 2021, at a Dothan hospital. He was 73.

Due to the social distancing guidelines related to the Covid-19 Pandemic, the family has chosen private services. The service will be held at Wright Funeral Home & Crematory Chapel with Reverend Jeff Ross officiating. There will also be a private graveside at Union Freewill Baptist Church Cemetery near Abbeville. Wright Funeral Home & Crematory is in charge of the arrangements.

In lieu of flowers, the family has requested contributions be made in honor of Jack Adrion Starling, Jr. to the Heritage Baptist Church, 1951 Westgate Pkwy Dothan, AL 36303 or Union Freewill Baptist Church Cemetery Fund, c/o Will Maddox 2651 CR 53, Abbeville, AL 36310.

Mr. Starling was born in Abbeville, Alabama to the late Jack A. Starling, Sr. and Doris Townsend Starling. He was a 1965 graduate of Bainbridge High School in Bainbridge, GA; and also a graduate of Troy State University. Jackie served his country in the U.S. Army National Guard. He was a member of the Heritage Baptist Church in Dothan. He was currently working with Kimball Midwest in sales.

Along with his parents, he was preceded in death by a sister, Sandra Starling; and a brother, Ronnie Starling.

Our establishment does own and operate its own crematory, so your loved one never has to leave our care.
To order memorial trees or send flowers to the family in memory of Jack Adrion "Jackie" Starling, Jr., please visit our flower store.