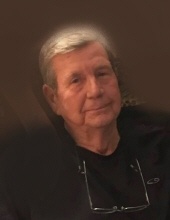 Mr. Slappy was born in Patmus, Georgia, to the late Jackson Durell Slappy, Sr. and Vera Housten Slappy. He retired as a switchman with GTE Telephone. He had previously lived in Eufaula, Alabama for fifteen years before moving to Headland, Alabama over fifteen years ago. His favorite hobby was wood working. He was a member of the Bethel Baptist Church in Dothan, Alabama.

Along with his parents, he was also preceded in death by his brothers, Harley Slappy, Steve Slappy, and Elmer Slappy.

Our establishment DOES OWN AND OPERATE ITS OWN CREMATORY, so your loved one never has to leave our care.
To order memorial trees or send flowers to the family in memory of Jackson Durrell Slappy, please visit our flower store.