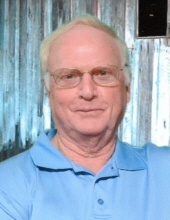 MIDLAND CITY…James Bryan Woodham, a resident of Midland City, Alabama, passed away Wednesday afternoon, December 15, 2021, at a Dothan hospital. He was 78.

A Memorial service will be held 2:30 P.M. Sunday, December 19, 2021, at Sylvan Grove United Methodist Church in Midland City, Alabama with Reverend Michael Profitt officiating. The family will receive friends from 1:30 until 2:30 P.M. prior to the service. Burial will follow in the church cemetery.

Flowers will be accepted or memorial contributions may be made to the Sylvan Grove United Methodist Church Cemetery Fund, 4495 CR 14, Midland City, Alabama 36350.

Mr. Woodham was born in Dothan, Alabama on June 3, 1943 to James Ivey Woodham and Lillian Bryan Hawkins Woodham. He attended Midland City High School graduating in 1961. Afterward, he attended George C. Wallace State Technical College in Napier Field, Alabama. He served in the United States Air Force from 1961 until 1969. After the military, he moved to Carson City, Nevada where he resided for 30 years. During that time, he worked for the State of Nevada Department of Corrections until his retirement. Afterwards, he moved back to Midland City, Alabama. James was a member of Sylvan Grove United Methodist Church.

In addition to his parents, he was predeceased by his sister, Peggy Woodham Caponas.

…celebrating a life, one family at a time…
To order memorial trees or send flowers to the family in memory of James Bryan Woodham, please visit our flower store.