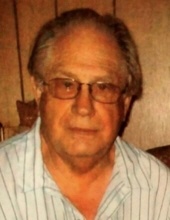 KINSEY, AL… James Edward Green, a resident of Kinsey, Alabama, passed away late Saturday morning, December 11, 2021, at a Dothan hospital. He was 79.

Mr. Green was born February 28, 1942, to the late Cleve Edward Green and Mary G. Hicks Green in Covington County, Alabama. He moved to Dothan and was a graduate of Dothan High School in 1960 and attended Wallace Community College in Dothan. Mr. Green served proudly in the United States Navy for several years. He was employed and retired from Fed Ex Freight as well as the City of Dothan. He was a charter member of the Kinsey Volunteer Fire Department since August 1979 and served as their only secretary/treasurer until January 2021. Mr. Green was a member of Kinsey Baptist Church.

In addition to his parents, he is preceded in death by his maternal and paternal grandparents, William C. and Dorrie Hicks and M.H. and Ella Green; stepfather Edward Blocker; two sisters, Carolyn G. Turner and Barbara G. Bedsill Thurman; two stepbrothers Delbert Blocker and Kent Blocker.

Our establishment DOES OWN AND OPERATE ITS OWN CREMATORY, so your loved one never has to leave our care.
To order memorial trees or send flowers to the family in memory of James Edward Green, please visit our flower store.