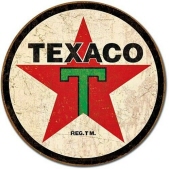 HEADLANDJames Michael Gilliam, a resident of Headland, died Sunday, October 6, 2019, at a Dothan Hospital after a brief illness. He was 64.

A Celebration of Life Service will be held 2:00 P. M. Sunday, October 13, 2019, in the Wright Funeral Home Chapel with eulogies given by Thomas Mitchell and J.D. Adkinson. The family will receive friends from 1:00 until 2:00 P.M. Sunday, before the service. Wright Funeral Home & Crematory is in charge of arrangements.

Mr. Gilliam was born in Yuma, Arizona to James Lawrence Gilliam and Luverne Sylvia Anderson Gilliam. He lived most of his life in numerous places in Arizona until 1989 when he moved to Headland, Alabama to be with the love of his life, Sheila Cruz. Michael was a mechanic by trade. He loved working on everything, especially motorcycles. Michael was known for his free spirit. Michael was preceded in death by his brother, Gary Gilliam.

celebrating a life one family at a time
To order memorial trees or send flowers to the family in memory of James Michael Gilliam, please visit our flower store.