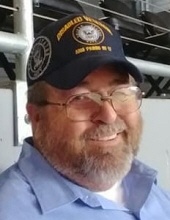 NEWVILLE…James Ray Mulkey, a resident of Newville, Alabama, passed away Friday afternoon, August 6, 2021, at a Dothan Hospital. He was 72.

Funeral services will be held 11:00 A.M. Monday, August 9, 2021 at Wright Funeral Home & Crematory Chapel with Reverend Norman C. Simmons and Reverend Gary Deberry officiating. Burial will follow in the Concord Baptist Church Cemetery with full military honors. The family will receive friends from 10:00 until 11:00 A.M. before the service. Wright Funeral Home& Crematory is in charge of the arrangements.

Mr. Mulkey was born November 29, 1948 in Geneva, Alabama as the second child to the late Frank Ray Mulkey and Alma Sasser Mulkey. His brother, Houston Mulkey, passed away shortly after birth. James attended Faydette School before leaving school with his GED, to join the U.S. Navy. James served honorably from August 1966, as a Boatswain’s Mate in San Diego, California, Honolulu, Hawaii, Danang Vietnam, and Charleston, South Carolina and was medically discharged in December 1972. He married his wife of fifty-two years during his time home from Vietnam, before reporting to Charleston, South Carolina. James and Lillian had two children, who they raised in Newville, Alabama, after his discharge from the U.S. Navy. James’s children gave him three grandchildren. His family was the center of his life and he taught them how to be good citizens and faithful servants of God. He doted on his grandchildren, children, and his wife, showing his love and giving advice that will be greatly missed.

James was active member of his community having served Concord Baptist Church as a Deacon over twenty years and continued his fellowship with the Lord at Rainbow Meadows Baptist as a Deacon for four years and as a current member of the Newville Baptist Church. James served his community as a volunteer firefighter with the Newville Fire Department from 1989 until 2015, holding positions from firefighter to Department Chief. He was employed and retired from the U.S. Post Office. James continued to stay busy in his retirement, managing a goat ranch and helping in the church and community whenever and wherever he was asked. James was a member of Browns Crossroads Masonic Lodge 529, in Headland, and Dothan Order of Eastern Star Lodges 422 and 76, American Legion Bradley Keller Post 119, and Disabled Veterans of America Dothan Chapter 87.

Along with his parents and his brother, he was preceded in death by a grandson, Cody Jenkins; and brothers-in-law, Rex Hicks and Mike Taylor.

Leaving to cherish his memories are his wife, Lillian Mulkey; his daughter, Lydia Mulkey Gordon (Jay) of Newville, AL; his son, James A. (Al) Mulkey (Donya) of Pell City, AL; his grandchildren, Elisha Mulkey Cook (Wayne) and Douglas Mulkey; his sisters-in-law, Cynthia Hicks and Glenda Taylor; and many nieces and nephews.

Our establishment DOES OWN AND OPERATE ITS OWN CREMATORY, so your loved one never has to leave our care.
To order memorial trees or send flowers to the family in memory of James Ray Mulkey, please visit our flower store.