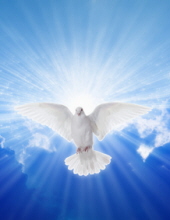 PINCKARD.…Janet Lee Hurley, a resident of Pinckard, Alabama, passed away Wednesday afternoon , April 28, 2021, surrounded by her family. She was 82.

A private family graveside service was held at 10:00 A.M. Friday, April 30, 2021, at Gardens of Memory Cemetery, in Headland, Alabama, with Blaine Pendleton and Charles Parker giving eulogies. Wright Funeral Home & Crematory was in charge of the arrangements.

Mrs. Hurley was born in Hamilton, Ohio to the late Homer Bailey and Dea Fay Foster Bailey. She worked in retail sales most of her life.

Our establishment does own and operate its own crematory, so your loved one never has to leave our care.
To order memorial trees or send flowers to the family in memory of Janet Lee Hurley, please visit our flower store.