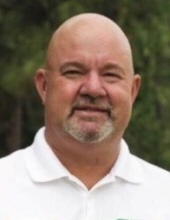 STUART, FLORIDA.… Jeffrey “Jeff” Theodore Jordan, a resident of Stuart, Florida, formerly of Headland, Alabama. passed away Thursday morning, May 28, 2020, at his home. He was 51.

A memorial visitation will be held 5:30 until 7:30 P.M. Tuesday evening at Wright Funeral Home & Crematory Chapel.

Flowers will be accepted or contributions be made in Jeff’s honor to the Headland Diamond Club, in c/o Headland High School, 8 Sporman Street, Headland, Alabama 36345.

Jeff was born in Birmingham, Alabama and lived there the early part of his life. He was a 1988 graduate of Shades Valley High School. Mr. Jordan moved to Headland in 1999 and became a member of First Baptist Church Headland. Most recently, he was living in Stuart, Florida, where he was the owner and operator of Hemp Dropz. Jeff Jordan was a loving dad, brother, son, and friend. Jeff loved to spend time with his kids, watching his son play baseball, and was an avid golfer. He loved and provided an outstanding life for his kids and ex-wife. Jeff is gone too soon and will truly be missed.

Leaving to cherish his memories are his daughter, Chelsea Jordan; his son, Reigh Jordan; the mother of his children, Cindy Jordan, all of Headland, AL; a loving friend, Jill Glaysher; his parents, Willard & Belinda Phillips Jordan; his sister, Michelle Goldberg Berezin (Marc); and seven nieces and nephews.

WRIGHT FUNERAL HOME & CREMATORY
Phone 334-693-CARE (2273).
www.wrightfuneralhomeandcrematory.com
…celebrating a life one family at a time…
Our establishment does own and operate its own crematory, so your loved one never has to leave our care.
To order memorial trees or send flowers to the family in memory of Jeffrey "Jeff" Theodore Jordan, please visit our flower store.