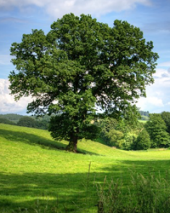 HEADLANDJeremy Michael Drebes, a resident of Headland, formerly of Cape Fair, MO, died Tuesday morning, October 29, 2019 at the home of his aunt. He was 37.

Jeremy was born in Marysville, Kansas, on May 26, 1982, to Michael and Sharon Drebes. He was a beloved son, brother and uncle. Jeremy was extremely kind, the type of person that would go out of their way to help someone in need. He worked in steel manufacturing, then later in marine mechanics and property maintenance. Jeremy was raised in Northern Kansas. If you grew up with him, you may even know him by the nickname "Peaches". Growing up, Jeremy spent summers at Milford Lake with his family, where he developed a love for water sports, especially wakeboarding. In 2006, Jeremy moved to Southern Missouri where his favorite hobby became fishing on Table Rock Lake. Countless people know Jeremy from the time he spent fishing down at the dock with his beloved dog, Charlie. Jeremy lived in Headland, Alabama for the last year and a half of his life. He was not a fan of the southern heat, but found a new love for the ocean.

The family will have a celebration of life at a later date. They would appreciate anyone who feels like leaving a comment or a special memory to do so on www.wrightfuneralhomeandcrematory.com and they can see it there.

celebrating a life one family at a time
To order memorial trees or send flowers to the family in memory of Jeremy Michael Drebes, please visit our flower store.