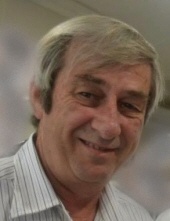 JERRY OLIVER WILLIAMS, JR.
TUMBLETON COMMUNITY.… Jerry Oliver Williams, Jr., a resident of the Tumbleton Community of Henry County near Headland, passed away early Monday morning, April 20, 2020, from injuries sustained due to the tornado. He was 61.
Due to the COVID-19 Virus, a funeral service will be held at 2:00 P.M. Sunday, April 26, 2020, under the Wright Funeral Home & Crematory breezeway outside the chapel, with his friend Joe Watson officiating. Anyone wanting to attend the service will be allowed, as long as the CDC COVID-19 guidelines are met. There will be a public address system set up so it can be broadcast with everyone sitting in their vehicles to listen. Burial will follow at a later date on the family farm. Wright Funeral Home & Crematory is in charge of the arrangements.
Flowers will be accepted or contributions may be made in Mr. Williams honor to your favorite charity.
Jerry was born in Columbus, Georgia. He lived in Ozark, Alabama where he graduated from Carroll High School. After graduation he worked for the City of Ozark Fire Department where he trained to be an EMT. He married and had two children, Joey & Jeremy. He joined the U.S. Navy, but got discharged because of a medical issue. He then joined the U.S. Air Force in June of 1981. He was on active duty for nine years and retired as a Staff Sargeant. While in the U.S. Air Force he had an adventurous and exciting life that he enjoyed. After his military career he pursued a civil service career with the U.S. Air Force. In 2005 while stationed in Japan, he met his current wife, Maritiss. He married “Thess” and her three sons in 2009. Jerry Oliver Williams III was born in 2013. In 2014 Jerry brought his family home with him to the United States where they made a home in Tumbleton. He met a lot of people and he always made an impact on everybody. Jerry would always make you smile and laugh. He was just the type of person that you could talk too and have fun. He’d back you up, fight for you, and was just a true friend. He was a great father, and a very good husband.
He was preceded in death by his father, Jerry Oliver Williams, Sr..
Leaving to cherish his memories are his wife, Maritiss “Thess” Williams; his sons, Joseph Lee Williams of Virginia, Jeremy Dane Williams of Virginia, Jerry Oliver Williams III of Tumbleton, John Matthew C. Gonzales stationed in Japan, Leodivico C. Gonzales III stationed in Germany, John Carlo C. Gonzales stationed in Japan; his mother and stepfather, Doris Ellis Saxon and David Edward Saxon of Headland; his sisters, Kelley Ellenburg (Paxton) of Wicksburg, Laney Hughes of Slocomb, and Lisa Beal; his brothers, David Dwayne Saxon (Bobbie) of Headland, Kevin Williams (Amanda) of Phenix City, AL; his grandchildren Drake Arthur Williams, Riane Williams, and Benjamin Jay Williams; several nieces and nephews.
WRIGHT FUNERAL HOME & CREMATORY
Phone 334-693-CARE (2273).
www.wrightfuneralhomeandcrematory.com
…celebrating a life one family at a time…
Our establishment does own and operate its own crematory, so your loved one never has to leave our care.
To order memorial trees or send flowers to the family in memory of Jerry Oliver Williams, please visit our flower store.