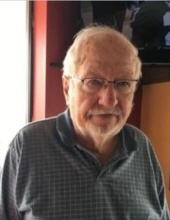 AMORY, MISSISSIPPI…Jerry O’Neil Sims, 80, passed away on Wednesday, November 4, 2020 at the North Mississippi Medical Center in Tupelo. Born in Monroe County, he was a son to Glados and Naomi Hensley Sims. Jerry graduated from Becker High School then moved to Alabama in 1971. He was the owner/operator of the 231 Truck Stop for many years retiring in the late ‘90’s. After his wife, Mary’s, death, he worked part time for 10 years in the convenience store business. Jerry loved to travel and was an avid golfer, playing often with his wife. He enjoyed watching college football always pulling for the SEC; and he most enjoyed spending time with his family.

He was preceded in death by his parents; his wife, Mary; brothers, Grady Leon Sims and Al Sims; and a sister, Mary Ellen Cagle.

Visitation will be on Saturday afternoon from 2:00 until 3:00 P.M. at Wright Funeral Home & Crematory before the service.

Condolences may be shared with the family at clevelandmoffettfuneralhome.com.

Our establishment does own and operate its own crematory, so your loved one never has to leave our care.
To order memorial trees or send flowers to the family in memory of Jerry O'Neil Sims, please visit our flower store.