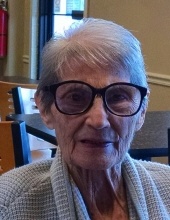 HEADLAND.…Jessie Mae Cooper Waltman, a resident of Headland, Alabama for the past 6 years, passed away Monday afternoon, May 10, 2021, at her home and was immediately in the presence of the Lord and Savior, Jesus Christ, whom she called on daily for help. She was 95.

Due to flooding in Houston, Texas the funeral arrangements have been postponed until as follows.

Flowers will be accepted or contributions may be made to the Alzheimer’s Association, 225 N. Michigan Avenue, Chicago, Illinois 60601, or Westway Baptist Church, 11207 Perry Road, Houston, Texas 77064.

Mrs. Waltman was born in Buhl, Tuscaloosa County Alabama to the late Walter Dewey Cooper and Mary Evelyn Spence Cooper. She attended Murphy High School in Mobile, Alabama. She met her late husband, Aubrey Waltman, Jr., in June of 1945 while working at a drug store in Mobile, AL where he was delivering papers for the Mobile Press Register. After only six weeks, they were married in August 24, 1945. They were married for sixty-one years until his passing in 2006. While they were married, they lived in Mobile, AL, Hattiesburg, MS, Lucedale, MS, and Houston, TX, while he worked with the Mobile Press Register and retiring with the Houston Post (Houston Chronicle). Jessie was an avid Chicago Cubs & Houston Astros fan. She loved her pizza as well. Her favorite pizza places were Fuzzy’s Pizza in Houston, TX and Marco’s Pizza in Dothan, AL. She also enjoyed her cup of Blue Bell ice cream every night. She especially enjoyed summer vacations for many years with family and friends at Compass Lake, Florida, where she learned to water ski at the age of 50. Her miracle and only grandchild, Ryan Mills, was born after his parents were married nearly 16 years and Jessie had given up the idea of ever being a grandmother. To say she was excited would be an understatement. “Maw” and Ryan shared a special bond. She could be so witty, and when she and Ryan got together, they were hilarious. So thankful they enjoyed one another.

Jessie was a member of Westway Baptist Church (formerly Pinemont Baptist Church), in Houston, TX, for 46 years, in which she and Aubrey, who served as a Deacon, and attended faithfully. Through those years they made many wonderful lasting friendships. In their later years they enjoyed the activities of the Joy Club.

Along with her parents and her late husband, she was preceded in death by an infant daughter, Glenda Marie Waltman; a sister, Edris Melhus; a brother, Walter D. Cooper; and a sister in-law Gloria Cooper.

Leaving to cherish her memories are her daughters, Wanda Mills (Mike) and Vicki Waltman; her sister Merle Cooper, all of Headland, AL; her grandson, Ryan Mills of Dothan, AL; and numerous nieces and nephews.

The family would like to give special thanks to Dr. Niel Rasmussen and staff at Headland Family Medicine and the sweet nurses & others at Encompass Hospice who have compassionately helped with her care these past years and months.

Our establishment does own and operate its own crematory, so your loved one never has to leave our care.
To order memorial trees or send flowers to the family in memory of Jessie Mae Cooper Waltman, please visit our flower store.