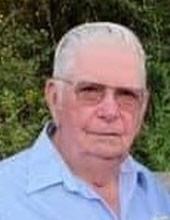 COLUMBIA…John Emory Burdeshaw, a resident of the Camp Springs Community between Headland and Columbia, Alabama, passed away Wednesday afternoon, September 1, 2021, at his home. He was 79.

Flowers will be accepted or contributions may be made in honor of John Emory Burdeshaw to the Michael J. Fox Foundation for Parkinson’s Research, P.O. Box 5014 Hagerstown, MD 21741-5014, www.michaeljfox.org , or to the Camp Springs Baptist Church Cemetery Fund, 13205 CR 53, Columbia, AL 36319.

Mr. Burdeshaw was born in Houston County, Alabama to the late John Daniel Burdeshaw and Addie Margaret Hasty Burdeshaw. John lived in the Camp Springs area most of his lifetime. He was a 1960 Graduate of Headland High School. He was a member of the Camp Springs Baptist Church. He served his country, and retired from the Air National Guard. He served his community with several years of service with the Haleburg Volunteer Fire Department. He was engaged in farming most of his life. He was happy on his tractor doing something on his land.

Along with his parents he was also preceded in death by a son, John Mark Burdeshaw; his grandson, Noah Burdeshaw; and his brother, Daniel Randolph Burdeshaw.

A special thanks to Cynthia Chambers for her wonderful care for several months, to Perry Brown for picking up when she had to quit, and to the wonderful care we received from Kindred at Home and Kindred Hospice.

John was a good man who was a friend to everyone. He was a generous man and loved his church family and his family. He was happy when the family gathered at his home and enjoyed the love that the family has for each other

His favorite scripture was Matthew 28:18-20. He truly lived that scripture and shared his testimony in quiet ways He has touched a lot of people in his 79 years.

WRIGHT FUNERAL HOME & CREMATORY
Phone 334-6WE-CARE (693-2273)
www.wrightfuneralhomeandcrematory.com…Celebrating a life, one family at a time…
Establishment DOES OWN AND OPERATE ITS OWN CREMATORY, so your loved one never has to leave our care.
To order memorial trees or send flowers to the family in memory of John Emory Burdeshaw, please visit our flower store.