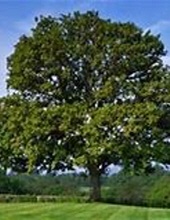 GORDON, AL… John Richard Duffield, a resident of Gordon, Alabama, passed away early Wednesday morning, April 13, 2022, at A Dothan hospital. He was 62.

Memorial services will be held from 1:00 until 3:00 E.S.T. Saturday, April 23, 2022 at Coheelee Creek Covered Bridge Park. Wright Funeral Home & Crematory is in charge of the arrangements.

Mr. Duffield was born in New York to the late Gerald Clinton Duffield and Marylynn Jean Reigle Duffield. He was a carpenter by trade where he helped construct many residential and commercial buildings. He was a member of the Shiloh Baptist Church.

Along with his parents, John was also preceded in death by a brother, Gary Duffield.

Our establishment DOES OWN AND OPERATE ITS OWN CREMATORY, so your loved one never has to leave our care.
To order memorial trees or send flowers to the family in memory of John Richard Duffield, please visit our flower store.