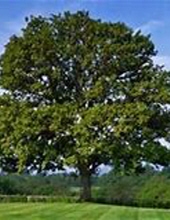 JOHN WESLEY WHITE
ABBEVILLE.… John Wesley White, a resident of the Screamer Community of Henry County, passed away Thursday afternoon, April 2, 2020. He was 76.
Mr. White’s family is honoring his wishes with a simple cremation. No services are planned at this time.
Wesley was born in Henry County, Alabama to the late R.J. White and Daisy Mae Culpepper White. He lived most of his young adult life in Shorterville, Alabama. After high school he joined the U.S. Air Force and retired after twenty years of service. He also worked and retired from FedEx shipping. He lived several places while serving his country in the U.S. Air Force and working with FedEx, but had been in Defuniak Springs, Florida since 2014, before moving back to the Screamer Community of Henry County in 2019, where his caregivers; Teresa Kechum and David Carroll diligently looked after and cared for him.
Along with his parents Wesley was preceded in death by a brother, Gene White.
Leaving to cherish his memories are his sons, Wade White of Pensacola, Florida, and Evan White of Plattsburgh, New York; his sister-in-law, Annette Hudspeth White of the Screamer Community; his nieces, Lisa McCarter, of Eufaula, Kathy White, and Teresa Ketchum (Randy) both of the Screamer Community; several great nieces, nephews, and cousins.
WRIGHT FUNERAL HOME & CREMATORY
Phone 334-693-CARE (2273).
www.wrightfuneralhomeandcrematory.com
…celebrating a life one family at a time…
Our establishment does own and operate its own crematory, so your loved one never has to leave our care.
To order memorial trees or send flowers to the family in memory of John Wesley White, please visit our flower store.