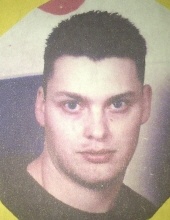 NEWVILLE.…John William “Willie” Hill, a resident of Newville, Alabama, passed away Wednesday, April 28, 2021. He was 42.

Mr. Hill was born in Dothan, Alabama, but lived most of his life in the Headland & Newville, Alabama area. He had previously lived in Twin Falls, Idaho before returning to the Headland & Newville area more than twelve years ago. He was a farm hand and had worked with a few different farmers. He had also helped in his family’s monument and sandblasting business.

Our establishment does own and operate its own crematory, so your loved one never has to leave our care.
To order memorial trees or send flowers to the family in memory of John William "Willie" Hill, please visit our flower store.