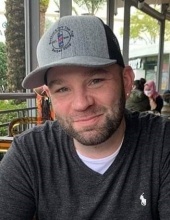 HEADLAND.…Joseph James Damato, a resident of Headland, Alabama, passed away late Tuesday night, April 13, 2021, at his residence. He was 38.

A private family service will be held at a later date.

Our establishment does own and operate its own crematory, so your loved one never has to leave our care.
To order memorial trees or send flowers to the family in memory of Joseph Damato, please visit our flower store.