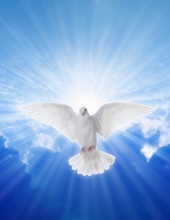 KATHRYN ANN “KATIE” SHELLEY
TUMBLETON COMMUNITY, AL.…Kathryn Ann “Katie” Shelley, a resident of the Tumbleton Community, near Headland, passed away Sunday morning, August 2, 2020, at her home. She was 76.
The family is a having private graveside service.
Ms. Shelley was born in the Tumbleton Community of Henry County, AL to the late Adie Shelley and Cora Stephenson Shelley. She received a BS degree in chemistry and biology from Troy University in 1965. Until a year ago, when she returned home to the Tumbleton Community, she resided in Farmers Branch, TX.
Along with her parents, she was preceded in death by her husband, Wallace Harold Nichols; her sister, Mary Lou Shelley; her brother, Ronny Steve Shelley; her sisters-in-law, Rose Shelley, Delane Shelley and Miriam Shelley; her niece, Colleen Stokes; her nephew, Shane Shelley; and her loyal canine companion, JD.
Leaving to cherish her memories are her brothers, Bobby Ray Shelley, Foy O’Neal Shelley, Tommy Gene Shelley all of the Tumbleton Community, Carl B. Shelley (Sue) of Houston, TX, David Martin “Pete” Shelley (May) of the Tumbleton Community; and several nieces and nephews.
WRIGHT FUNERAL HOME & CREMATORY
Phone 334-693-CARE (2273)
www.wrightfuneralhomeandcrematory.com
…celebrating a life one family at a time…
Our establishment does own and operate its own crematory, so your loved one never has to leave our care.
To order memorial trees or send flowers to the family in memory of Kathryn "Katie" Ann Shelley, please visit our flower store.