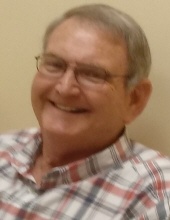 HEADLAND . Kenneth D. "Ken" Bayne, a resident of Headland, passed away Wednesday morning, January 29th, 2020 at a Dothan hospital. He was 67.

Mr. Bayne was born in Dothan, Alabama but lived his entire life in Headland, Alabama. He was very active member of the The First Baptist Church, Headland, Alabama, where he was a member of the The Mens Sunday Class, and a past member of the Down Home Quartet and also a member of the Headland First Baptist Chancel Choir. He was a 1970 graduate of Headland High School and attended the University of Alabama. Ken was also active in his community where he served on the Headland City Council, and was a board member of the Henry County Board of Education and was also named Headlands Man of the Year. Mr. Bayne was very influential in many of Headlands youth where he coached Headlands Pee Wee Football and helped all the way through the high school programs. He also coached several girls softball teams. He was a past co-owner / operator of Headland Auto Parts and most recently was the general manager of Norstar Industries. Ken was preceded in death by his father, Curtis Odell Bayne and also his father-in-law, Glen Clower.

Leaving to cherish his memories are his wife, Glenna Renee` Bayne; his daughters, Mandy Bayne Williams, and Katie Bayne Parker (William), all of Headland; his step-son, Nathan Rogers (Martina) of Abbeville; his mother, Mernette Parrish Bayne; his mother-in-law, Shirley Clower; the mother of his children, Patsy Bayne; his grandsons, Will Parker and Mason Williams, all of Headland; his sister, Sandra Gray (James "Dusty") of Bel Air, Maryland; his brother, Rod Bayne (Lynne) of Headland; and a host of nieces and nephews.

celebrating a life one family at a time
To order memorial trees or send flowers to the family in memory of Kenneth Derry Ken Bayne, please visit our flower store.