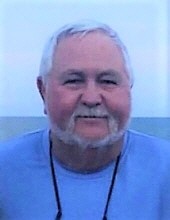 DOTHAN…Kenneth “Kenny” Earl Long, a resident of Dothan, Alabama, passed away Wednesday afternoon, August 18, 2021, at Southeast Health. He was 71.

Due to Covid-19, the family has requested for memorial services to be held at a later date.

In honor of Kenny Long, contributions may be made to the Jon Lee Foundation, that benefits The R.E.A.L. Project and AMBUCS of the Wiregrass, P.O. Box 1093, Dothan, Alabama 36302.

Kenny enjoyed sharing his love of cooking and “often” had an opinion on how it should be done. He was a father figure and mentor to many throughout his life. He loved a good prank and fishing hole. He found joy in the simple things in life that most of us take for granted. Kenny was not the kind to have folks make a fuss over him and thus requested things to be simple after his passing. He was forced to attend his own retirement party and after agreeing to attend, insisted that he was wearing shorts, after a few fruitless negotiations, he was quoted as saying “It’s MY party and I’ll wear what I want”.
Kenny was born in Dothan, Alabama to the late Woodrow Wilson Long and Inez Green Long. He lived his entire life in the Headland and Dothan areas. He was a 1969 graduate of Headland High School. He later earned his Bachelors Degree in Business Administration. He was a graduate from the School of Banking of South Alabama and ITT Executive Management College in Minneapolis, Minnesota. He served his country as Platoon Leader (rank of E-7) in the Alabama Army National Guard in Abbeville, Alabama from 1971 until 1982. Kenny retired after 22 years as Vice-President of All In Credit Union /Army Aviation Center Federal Credit Union. He was a member of the First Baptist Church in Headland. He was also a member of the Elks Club and the Green Valley Country Club. He was the past President of Daleville Rotary Club and past member of the Dothan Rotary Club. He volunteered for over 20 years for the National Peanut Festival, serving on the Ticket and Finance Committee and security. He was also the past President of the Meridian Mississippi Financial Exchange.

Along with his parents, he is also reunited with his sister, Betty Dean; and his brothers, Billy Long, Tommy Long, Wayne Long and his best friend Dougie Williams.

Left to cherish his memories are his wife (or as he called her, “his girlfriend”), Bridget Lee Long; his daughter and son by love Brandy Jensen (Jeff); his son, Korey Long; his grandchildren, Mason Robert Baker, Grant Kenneth Baker all of Dothan, AL; his step-grandchildren, Shelby and Megan Jensen of Idaho; his siblings by love, Rosie Long of Orange Park, FL, Tommy Lee (Linda) of Millbrook, AL, Brenda Mullins (Mike) of Headland, AL, Johnny Lee (Joy) of Headland, AL, Beverly Lindsey (Benny) of Dothan, AL; several nieces and nephews; his fur baby, Heidi, and his latest four legged Grandog Bubba. He leaves behind a lifetime of dove hunting, fishing and karaoke buddies that will miss him dearly.

Our establishment DOES OWN AND OPERATE ITS OWN CREMATORY, so your loved one never has to leave our care.
To order memorial trees or send flowers to the family in memory of Kenneth Earl "Kenny" Long, please visit our flower store.