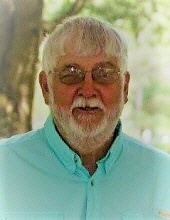 HEADLAND…Kenny Hodges, a resident of the Blackwood Community, near Headland, Alabama, passed away late Friday night, August 20, 2021, at his home. He was 71.

Following Mr. Hodges wishes, there will be no services.

In lieu of flowers, the family ask that contributions be made in Kenny Hodges’ honor to Kindred Hospice, 2740 Headland Avenue Dothan, Alabama 36303.

Mr. Kenny was born at Moody Hospital in Dothan, Alabama, to the late James Shelby Hodges and Ruby White Hodges Henderson. He lived his entire life in the Blackwood Community of Henry County near Headland, AL. He was a 1967 Graduate of Newville High School. Mr. Hodges was engaged in farming his entire life. He was of the Baptist Faith.

Along with his parents, he was also preceded in death by a brother, James Shelby Hodges, Jr..

The family wants to acknowledge Kindred Hospice for their kind and compassionate care shown to Kenny and the family through his last days.

Our establishment DOES OWN AND OPERATE ITS OWN CREMATORY, so your loved one never has to leave our care.
To order memorial trees or send flowers to the family in memory of Kenneth Justin "Kenny" Hodges, please visit our flower store.