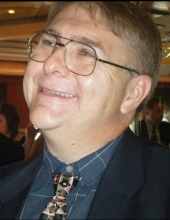 HEADLAND.…Larry Mark Loper, a resident of Headland, Alabama, passed away Sunday afternoon, April 4, 2021, at a Dothan hospital. He was 64.

Mr. Loper was born in Chatom, Alabama to the late Charles Jerry Loper Sr. and Mrs. Hattie Lou Hazel Cantrell Loper. He lived his childhood in Millry, Alabama. He was a 1975 Graduate of Millry High School. He also attended Troy University and Mobile College. After marrying his wife, Donna, he moved to Headland, AL where he resided for forty-two years. While in Headland, he was a member of the Trinity Baptist Church, where he was a Deacon and member of the choir. He was member of the Browns Cross Road Masonic Lodge. He was also a member of the Order of the Eastern Star Headland Chapter # 422. He was also a member of the Headland UCT (United Commercial Traveler’s Club) where he served as secretary and treasurer for many years. Before his medical retirement he worked at the Dothan Eagle, Dothan Progress, and the Headland Observer as a pressman.

Our establishment does own and operate its own crematory, so your loved one never has to leave our care.
To order memorial trees or send flowers to the family in memory of Larry Mark Loper, please visit our flower store.