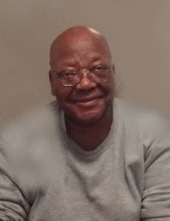 In lieu of flowers, contributions to Bethlehem Missionary Baptist Church can be made in his honor.

Mr. White was born on May 28, 1940, in Lawrenceville, Alabama to the late Jordan White and Bonnie Bell Lawrence White. He graduated from Henry County Training School in Abbeville in 1959. Mr. White then obtained his vocational degree from college. He resided in Brooklyn, New York and worked as a Kosher Butcher for over forty years before returning home to Henry County. Cooking big meals and entertaining friends and family brought joy to his heart. He was affectionally known as “POPS” by most and “Uncle Larry” to others.

Along with his parents he was preceded in death by his first wife, Queen Helen Jackson White and his sisters, Donna White, Lenora White, Willie Faye Benton, and Lula Mae Robinson.

Our establishment DOES OWN AND OPERATE ITS OWN CREMATORY, so your loved one never has to leave our care.
To order memorial trees or send flowers to the family in memory of Lawrence Jordan White, please visit our flower store.