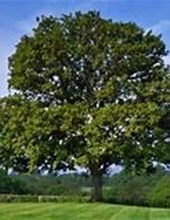 TAYLOR.…Lee Gordon “Spencer” Gilmore, a resident of Taylor, Alabama, passed away Tuesday evening, December 29, 2020, at his daughter’s home. He was 63.

No services are scheduled at this time.

Mr. Gilmore was born in Hardwick, Massachusetts to the late Louis Gilmore and Marilyn Small Chamberlain. He served his country in the U.S. Air Force. He was a carpenter in residential housing by trade. He loved the remodeling side of his trade. He loved riding Harley Davidson motorcycles.

Our establishment does own and operate its own crematory, so your loved one never has to leave our care.
To order memorial trees or send flowers to the family in memory of Lee Spencer Gilmore, please visit our flower store.